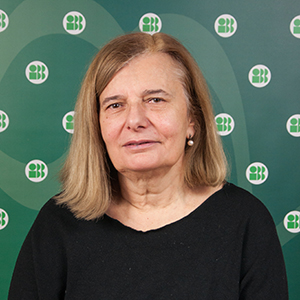 Our studies focus on identifying cellular functions of isoprenoids and the regulatory mechanisms that govern their biosynthesis. We seek to elucidate the biochemical pathways that lead to the formation of polyisoprenoid lipids and prenylated proteins and understand consequences of aberrations of these processes in model organisms, including Arabidopsis thaliana, Saccharomyces cerevisiae, Paramecium tetraurelia, and mammalian cells.

Polyisoprenoids are components of all cells, but their cellular functions and mechanisms of their biosynthesis and accumulation remain poorly described. The synthesis of polyisoprenoid chains is catalyzed by cis-prenyltransferases (CPTs; nine genes in Arabidopsis [1]) and results in the formation of polyprenols (Prens), whereas the conversion of Prens to dolichols (Dols) requires the reduction of an α-terminal double bond by polyprenol reductases [2]. Dolichols are obligate cofactors of posttranslational protein glycosylation in all eukaryotes, but polyisoprenoids are also stress-responsive metabolites and structural components of cellular membranes that modulate their physico-chemical properties.

(ii) The subcellular localization of CPT differs. CPT7 is found in the chloroplast stroma, whereas CPT1 and CPT6 are associated with the endoplasmic reticulum.

(iii) Neither CPT1 nor CPT6 requires an interaction with Lew1 (the Arabidopsis homologue of mammalian NgBR/yeast Nus1) for their catalytic activity, although the formation of such heterodimeric complexes is needed for Dol synthesis in yeast and mammals.

Currently, we are investigating the effects of Prens on the organization of photosynthetic complexes and the role of chromatin remodelers and heat shock transcription factors in the transcriptional regulation of polyprenol biosynthesis. In parallel, we are also characterizing proteins that serve as cellular AtCPT partners. In addition to Lew1, homologues of rubber elongation factor are also being studied. Moreover, we are elucidating the polyisoprenoid biosynthesis machinery of Paramecium.

Our studies on polyprenol reductases (PPRDs) of Arabidopsis revealed that PPRD2 is essential for plant viability. Its deficiency results in impairments in protein glycosylation and leads to aberrant development of the male gametophyte [Jozwiak et al., Plant Cell 2015. doi: 10.1105/tpc.15.00463]. The cellular functions of PPRD1 have not been identified yet and are currently being investigated.

Polyisoprenoids are thought to be implicated in intracellular vesicular transport, although the underlying mechanism is unknown. Data in the literature from zebrafish and mammals [6] tentatively linked Dol synthesis with the transport protein particle (TRAPP) complex, particularly with components of TRAPPIII. TRAPPs are poorly characterized in plants, and selected subunits of the TRAPP core (TRAPPC2L, TRAPPC2) and confirmed and putative TRAPPIII-specific subunits (TRAPPC8, TRAPPC11, TRAPPC12, and TRAPPC13) of Arabidopsis are currently being characterized.

In parallel, the protein machinery that is necessary for intracellular vesicular transport requires prenylation (i.e., the double geranylgeranylation of Rab proteins by the heterodimeric enzyme Rab geranylgeranyl transferase [RGTαβ]). We showed that plants with mutations of both Arabidopsis genes that encode RGTβ are not viable because of male sterility, whereas plants with mutations of a single RGTβ gene exhibit a tip growth defect in pollen tubes and root hairs [Gutkowska et al., J Exp Bot 2015. doi: 10.1093/jxb/eru412]. Currently, we are studying the effects of mutations of the RGTβ gene on female gametogenesis. In parallel, we are analyzing mutations of the gene for REP, an accessory subunit of RGTαβ, on Rab protein binding and prenylation and on plant fertility, as well as the interdependence of Rab prenylation and the sterol composition of membranes in plant cells.

Plant isoprenoids are formed from precursors that derive from two pathways that operate in parallel: the mevalonate (MVA) pathway and the methylerythritol phosphate (MEP) pathway [7]. We investigated whether Dols (mosaic compounds that are built of precursors that derive from both pathways) serve as a gauge to follow the modulation of pathway activity. Indeed, numerical analysis of the mass spectra of metabolically labeled Dols revealed that osmotic stress considerably increased the contribution of the MEP pathway to the family of dominating Dols (Dol-14 to Dol-16), in contrast to the family of long-chain Dols that co-exist in the same tissue, for which the relative MEP/MVA contribution remained unchanged [Jozwiak et al., Plant Physiol 2017. doi: 10.1104/pp.17.00036]. Currently, the biosynthetic origin of polyisoprenoids is being analyzed using the metabolic labeling of intact Arabidopsis plants.

By analyzing the chemical stability of polyisoprenoids, we showed that polyisoprenoids are prone to oxidation with singlet oxygen and hydroxy radicals and undergo decomposition by thermo-oxidation [8]. These processes can be considered a simulation of chemical reactions that might occur in living cells, especially upon an increase in oxidative potential that results from adverse environmental conditions.

Semisynthetic cationic derivatives of polyprenols are also our focus. We found that polyprenyl quaternary salts mediate efficient DNA/RNA lipofection and can be used as components of drug delivery vehicles [9].

We also elucidated various aspects of polyisoprenoid biology. A first ever crystal structure of the human NgBR/DHDDS (hCPT) complex was resolved [Edani et al., Proc Natl Acad Sci U S A. 2020. doi: 10.1073/pnas.2008381117], and the structure of lipid II-binding nisin directly in cell membranes was described [10]. These collaborative studies were possible because of the expertise of our laboratory’s members and availability of unique isoprenoid lipids that are offered by our laboratory through the Collection of Polyprenols at IBB, Polish Academy of Sciences (PAS).

We adjusted classic molecular, biochemical, and biophysical methods to enable studies of polyisoprenoid pathway proteins, which are hydrophobic and often possess multiple transmembrane sequences. Moreover, we developed numerous techniques that are dedicated to the analysis of polyisoprenoids, namely high-performance liquid chromatography (HPLC)/UV, nuclear magnetic resonance, and preparative chromatography, all required equipment that is available to us at IBB, PAS. In cooperation with Institute of Organic Chemistry, PAS, we also established an HPLC/electrospray ionization-mass spectrometry methodology for isoprenoids.

We developed a new method, based on the numerical modeling of mass spectra, of metabolically labeled Dols that were designed to quantitatively follow reprogramming of the cooperation of MVA and MEP in response to particular conditions. We also adopted an Arabidopsis pollen grain germination assay to serve as a screening test for potential therapies to overcome Dol deficiency in humans.