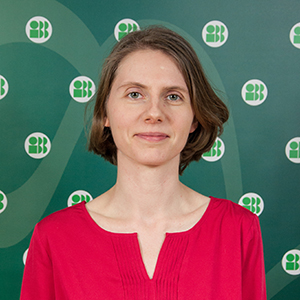 Our laboratory is interested in identifying cellular mechanisms and pharmacological interventions that contribute to the maintenance of protein homeostasis during acute cellular stress and aging.

Protein homeostasis (proteostasis) is crucial for accurate cellular function and secures the health of an organism. Proteostasis is based on the well-adjusted cooperation between protein synthesis, protein folding, and protein degradation. Each of these fundamental cellular processes can be regulated at multiple steps to adjust the biogenesis of proteins to current requirements of the cell.

The maintenance of a correctly folded proteome strongly depends on the efficiency of a network of surveillance mechanisms (Topf et al. 2016). However, little is known about why these mechanisms fail during aging. Utilizing the yeast Saccharomyces cerevisiae and nematode Caenorhabditis elegans (the pioneering model organism in aging research), we seek to identify limitations in the proteostasis network that lead to proteostasis collapse during aging. Our long-term goal is to better understand complex crosstalk within the proteostasis network. This will allow the development of novel interventions that alter or even ameliorate health deficits during aging.

Finding ways to strengthen and extend protective mechanisms of the cell could lead to expanding the organismal health span. Based on recent findings, we propose that one such mechanism could be the modulation of cellular protein synthesis (translation; Wrobel et al. 2015). The synthesis of proteins declines during aging. However, interventions that decrease protein synthesis early in the life of model organisms can be beneficial for longevity. Translation itself is regulated at multiple steps, but the signal for its modulation and consequent molecular switches have been scarcely investigated. Reactive oxygen species (ROS) could be potent messengers for translation modulation because their levels increase during aging. Low levels of ROS can activate thiol-based redox switches, and the exogenous addition of ROS to the cell attenuates protein synthesis. We identified components of protein synthesis machinery that can be regulated by oxidative protein modification (Topf et al. 2018). We combine genetic and biochemical approaches in S. cerevisiae to study the redox state of translation machinery components upon diverse cellular stressors. Unknown is whether the reduction of translation during senescence determines the end of cellular homoeostasis or initiates a protective response to sustain health. We use the multicellular model organism C. elegans to complement our research on translation modulation. We apply CRISPR/Cas9 technology to alter the function of key proteins that we found were involved in translation modulation and study their effects on lifespan and health.

Recently, a new grant project entitled, “How does ribosome heterogeneity contribute to cellular stress defense?” was awarded within the Sonata Bis program of the Polish National Science Centre (NCN). The main goal of this project is the further characterization of molecular mechanisms that are activated to adjust translation to acute cellular stress. Within the project, we will investigate variations in ribosomal protein composition of the cytosolic ribosome and consecutive alterations of translational output.

Aging is not merely a decline in cellular function but also a regulated process, which is evident from evolutionarily conserved signaling pathways that can be genetically modulated to extend the organismal lifespan. Protein homeostasis collapse is a hallmark of aging, which is caused by the cell’s inability to manage the consequences of increasing stress levels. The multifaceted and interconnected machinery of protein chaperones exists in cells that guide and catalyze the folding of newly synthesized proteins until the protein reaches its mature conformation. This includes the chaperonin complex and its co-chaperone prefoldin. As other folding chaperones, chaperonin and prefoldin are conserved in the eukaryotic kingdom, and much is known about their structure and mode of action in assisting with the folding of nascent chains that emerge from actively translating ribosomes. Given the fact that these folding chaperones are constitutively expressed and that their expression is presumably not inducible, little attention has been given to their emerging role during cellular stress conditions. Our research suggests that the prefoldin chaperone is a candidate to accomplish an additional function under cellular stress conditions. It moderates the aggregation of proteins that are implicated in Parkinson’s disease and Huntington’s disease in cellular models and model organisms. Higher amounts of prefoldin chaperone were found in cancer, indicating its important role under cellular stress conditions.

In a further project that recently received funding under the OPUS program of NCN, we seek to identify non-canonical functions of the prefoldin chaperone by deciphering its substrate landscape and revealing its previously underappreciated function during acute stress and aging. This project will contribute knowledge to the field of chaperone function during physiology and increase our understanding of the ways in which protein chaperones help overcome cellular stress conditions.

In our studies, we use the eukaryotic model organisms yeast Saccharomyces cerevisiae and nematode Caenorhabditis elegans. To achieve our objectives, we combine proteome-wide approaches to answer open-ended questions using solid protein biochemistry. Moreover, we use the genetic tractability of our model organisms to delete, deplete, or alter functions of genes to assess their importance in stress assays and during the animal’s lifespan. We established CRISPR/Cas9 technology to produce fluorescently tagged proteins of interest in nematodes. Our laboratory is equipped to culture, observe, and manipulate C. elegans.