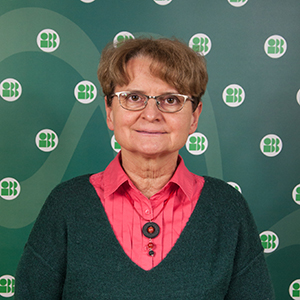 We study the mechanisms of protein transport between subcellular compartments to understand how defects of transport contribute to human disease. We utilize yeast models of neurodegenerative diseases to discover ways to overcome defects that are caused by pathogenic mutations, learn more about the function of disease-related proteins and discover new drugs and drug targets to treat selected diseases.

Neurodegenerative diseases (NDs) are a group of age-related diseases that are characterized by progressive neuronal loss, which manifests as a decline of motor and cognitive functions. Most common diseases, such as Alzheimer’s disease and Parkinson’s disease, are the most investigated NDs. However, some NDs are very rare and attract much less attention. Such NDs include chorea-acanthocytosis (ChAc), which is caused by mutations of the VPS13A gene, and other diseases that are caused by mutations of VPS13B-D genes. To investigate these NDs and find effective treatments, we are using the yeast Saccharomyces cerevisiae as a model organism, which enables large-scale genetic and chemical screenings and functional genetics. We modeled in yeast the vps13-I2749R mutation, equivalent to VPS13A-I2771R in ChAc patients, and showed that it caused an amino acid substitution in the APT1 domain and found several phenotypes that indicated a loss of function (1). We also showed that the human APT1 domain of chorein (VPS13A protein) binds phosphatidylinositol phosphates (PI3P and PI5P) in a calcium-dependent manner, and the VPS13A-I2771R mutation diminished this binding (2). Thus, we found that chorein function is regulated by calcium.

One new phenotype, hypersensitivity to SDS (sodium dodecyl sulfate), a common household detergent, was successfully used to screen for multicopy suppressors, second site mutations and repurposed drugs, to determine how defects that are caused by VPS13 mutations can be overcome. The analysis of multicopy suppressors, such as MYO3-N (which encodes myosin), PMC1 (which encodes the calcium transporter), and cmd1-228 (which encodes calmodulin), and further experiments demonstrated an increase in the activation of calcineurin, a calcium-dependent phosphatase that is crucial for calcium signaling, in vps13Δ cells. Moreover, finding that the calcineurin inhibitor FK506 is a chemical suppressor of the vps13Δ growth phenotype indicated that calcineurin is a potential target for the treatment of ChAc and other VPS13-dependent diseases (3). Analyses of multicopy suppressors and second site suppressor will be continued to provide new information about the physiology of cells that are devoid of VPS13 proteins.

The phenotype of the hypersensitivity to SDS of vps13Δ was also used to screen the Prestwick library of repurposed drugs. Three groups of drugs that restored growth were found. One was the group of flavonoids, such as luteolin, which are able to bind iron, and this turned our attention to iron transport and metabolism in vps13Δ. This correlated with the finding that the FET4 gene, which encodes the iron transporter, acts as a vps13Δ suppressor (4). Studies of the identified drugs will be continued, and other models, including cells from patients, can be used. To date, there are no specific treatments for VPS13-related diseases; only symptomatic treatment is used.

Other types of rare NDs affect the peripheral nervous system, so-called Charcot-Marie-Tooth (CMT) diseases. This group of disorders is characterized by similar clinical manifestations and high genetic heterogeneity. Excessive diversity presents many problems. First, proper genetic diagnosis is very difficult. Second, the molecular mechanisms that underlie the observed symptoms are extremely diverse. Third, there is no cure. There is an urgent need to develop new CMT models. We started to develop a yeast-based model system that is dedicated to studying CMT diseases (5). We initiated a model of GDAP1 gene-related pathology and found that GDAP1 pathogenic variants, when expressed in yeast cells, influence mitochondrial morphology and function. Moreover, we found that wildtype GDAP1 gene expression can overcome the calcium sensitivity of strains that do not produce complex sphingolipids (6). In the future, we plan to elucidate the mechanism of this finding and apply this knowledge to better understand the pathology of GDAP1-related CMT diseases and identify potential drug target.

Budding yeast Hsp31 protein belongs to DJ-1/ThiJ/PfpI superfamily together with human Parkinson’s disease-associated DJ-1 protein. We previously demonstrated that is a stress response protein protecting the cell against environmental stresses. It protects the cell against methylglyoxal toxicity thanks to its glyoxalase III enzymatic activity [7]. Recently, we discovered that it is secreted to the periplasmic space via unconventional route. We found that Ser209 and Phe17 aa residues of Hsp31, as well as the C-terminal 8 amino acids, all located on the surface of the native protein molecule, are crucial for its secretion and for the functionality of the protein. Unconventional secretion pathways have recently attracted a lot of attention, as they are implicated in neurodegenerative, cardiovascular and cancer diseases yet they are poorly understood. Budding yeast cells and Hsp31 comprise an attractive model for studying these pathways.

The import of peroxisomal matrix proteins depends on C-terminal PTS1 and N-terminal PTS2 targeting signals recognized by the Pex5 and Pex7 receptors, respectively. However, the budding yeast acyl-CoA oxidase (AOx) have none of these signals yet it is efficiently imported into peroxisomes, which suggests the existence of yet another import pathway, which we now call the PTS3 pathway. In our studies we identified both components of this new pathway: the signal and receptor that recognizes it. We determined the PTS3 import signal in AOx as the Signal Patch, i.e. a domain on the surface of the natively folded molecule composed of amino acids dispersed on the polypeptide chain. The import of AOx depends on the recognition of PTS3 signal by N-terminal FXXXW motif in Pex5 receptor [8]. We also demonstrated that in addition to AOx three other peroxisomal proteins, Cat2, Fox2 and Cta1 are imported exclusively or partially via this new pathway [9].