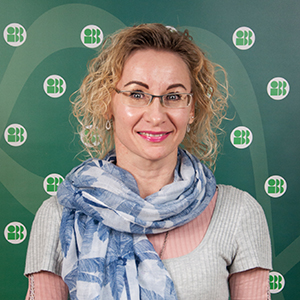 Our research focuses on mitochondrial adenosine triphosphate (ATP) synthase biogenesis, regulation, and deficiencies, including control of the expression of mitochondrially encoded subunits of ATP synthase, S. cerevisiae as a model organism to study the effects of mutations of mitochondrial ATP6 and ATP8 genes, and the biological role of Fmp40 (i.e., the only known yeast ampylase) in the regulation of ATP synthase and redox homeostasis.

Adenosine triphosphate (ATP) synthase is an enzyme of the inner mitochondrial membrane that is responsible for ATP synthesis in the process of oxidative phosphorylation. ATP synthase consists of 17 structural subunits. Three subunits in yeast (a, 8, and c) and two in humans (a and 8) are encoded by mitochondrial DNA (mtDNA). The biogenesis of this enzyme is a sophisticated process that requires the coordination of gene expression in both nuclear and mitochondrial genomes with assembly of the enzyme. Activity of the enzyme is closely related to activity of the respiratory chain and controlled, for example, by the natural hydrolytic activity inhibitor peptide IF1. Many modifications have been identified in various subunits of ATP synthase, including phosphorylation, acetylation, trimethylation, nitration, S-nitrosylation, and tryptophan oxidation. Some modifications were reported to affect the enzymatic activity of ATP synthase, but in most cases remaining unknown are the signaling pathways that are responsible for these modifications, the tissues where or biological conditions under which these modifications occur, or the ways in which they impact biochemical activity of the target protein and holoenzyme. Mutations of genes that encode ATP synthase subunits or assembly factors lead to neurodegenerative diseases, which are currently untreatable.

Our research is divided into several interconnected axes:

1) The mitochondrial ATP synthase is composed of subunits of dual genetic origin, nuclear and mitochondrial. We are investigating the mechanisms that control the biogenesis of ATP synthase, including the expression of its mitochondrially encoded subunits and their assembly to the enzyme. We are looking for new proteins that are involved in these processes.

2) Cells adapt energy supplies to their demands. Deficits in energy production lead to metabolic diseases, such as mitochondrial disease, diabetes, heart failure, cancer, and neurodegenerative diseases. Our research seeks to identify molecular mechanisms of ATP synthase diseases that are caused by mutations of mitochondrial ATP6 and ATP8 genes, which encode ATP synthase subunits a and 8, in yeast as a model organism. We created yeast strains that bear 20 of 48 mutations of the ATP6 gene and three mutations of ATP8 that lead to diseases and deciphered their pathogenic mechanisms for five mutations at the molecular level. We extended our research to include mutations of conserved residues of the ATP8 gene to understand the function of subunit 8.

3) We discovered that human selenoprotein O (SelO) and its yeast (Fmp40) and E. coli (YdiU) homologues, classified by our collaborator as pseudokinases, have AMPylase activity. SelO proteins attach the AMP to the threonine, tyrosine, or serine residues in the protein substrates. One of the biological roles of these proteins is the regulation of protein S-glutathionylation levels by AMPylation of the grx family and other proteins during oxidative stress. This is the only AMPylase that is described in yeast to date and only the second in human cells. Our research, apart from understanding the significance of the ampylation of Grx2 for redox homeostasis, seeks to find Fmp40 substrates beyond redoxins and understand the role of this protein in the regulation of mitochondrial bioenergetics.