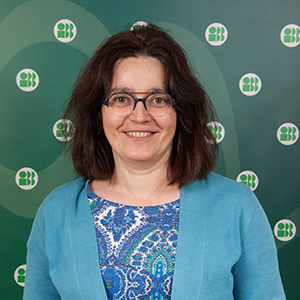 Research in our laboratory investigates the interplay between plants and pathogenic microorganisms. We focus on the roles of proteinaceous effectors that are secreted by pathogens to dampen host defense responses.

Pseudomonas syringae is a Gram-negative bacterium that can infect a wide range of plant species, including most economically important crop plants. Like many pathogenic bacteria, it employs the type 3 secretion system to deliver proteins, referred to as effectors, directly into host cells. Some of these effectors contribute directly to nutrient acquisition, but the majority are tailored to manipulate the host defense response and physiology for the pathogen’s benefit. Deciphering their functions is thus critical to improve our understanding of the molecular basis of P. syringae pathogenicity. The bacteria often co-opt host cellular machinery to activate effectors and translocate them. Thus, a complete characterization of an effector, in addition to ascribing a particular function, should provide data on its mode of activation, interaction partners, and site of action inside the host cell. These issues allow us to picture a modus operandi of an effector.

The specific repertoire of type 3 effectors that are secreted by a given bacterial strain defines its host range. This concept is particularly well illustrated by Hrp outer proteinQ (HopQ1), which functions to promote disease development in bean and tomato plants while it is recognized by Roq1, a receptor that is present in Nicotiana spp. We found that two strain-specific HopQ1 effector variants from the pathovars phaseolicola 1448A (Pph) and tomato DC3000 (Pto) exhibited considerable differences in their ability to evoke disease symptoms in Nicotiana benthamiana. Surprisingly, the variants differed by only six amino acids that are located mostly in the N-terminal disordered region of HopQ1. We found that the presence of serine 87 and leucine 91 rendered PtoHopQ1 susceptible to N-terminal processing by plant proteases. Substitutions at these two positions did not strongly affect PtoHopQ1 virulence properties in a susceptible host, but they reduced bacterial growth and accelerated the onset of cell death in a resistant host, suggesting that N-terminal mutations rendered PtoHopQ1 susceptible to processing in planta and thus represent a mechanism of recognition avoidance. Furthermore, we found that the co-expression of HopR1, another effector that is encoded within the same gene cluster, masks HopQ1 recognition in a strain-dependent manner.

Our studies showed that upon delivery into a plant cell, HopQ1 undergoes phosphorylation at the serine 51 residue and binds host 14-3-3 proteins. This interaction affects subcellular localization and stability of the effector, thereby contributing to the virulence of bacteria. Size exclusion chromatography coupled to multi-angle light scattering (MALS) revealed that HopQ1 forms in vitro monomers, dimers, and trimers. Treatment with a reducing agent or mutations at either one or both HopQ1 cysteines abolished oligomerization, indicating that the HopQ1 oligomeric state depends on disulfide bridge formation. Following calcium depletion, HopQ1 monomers were reversibly converted to dimers. Mutations of the predicted noncanonical calcium binding motif of HopQ1 (HopQ1-D107A_D108A) produced HopQ1 dimers in vitro and in planta. We further showed that the binding of calcium dramatically increased the unfolding temperature of HopQ1. Reversible calcium binding possibly controls the HopQ1 folding state and monomer/dimer equilibrium and thus its association with distinct cellular partners. We hypothesize that this mechanism may also mediate translocation of the effector into the host cell.

Based on in silico predictions, HopQ1 is classified as a nucleoside hydrolase, but this activity could not be detected in recombinant proteins that were produced in bacterium, plant, and insect cells, and its detailed biochemical role remains unknown.

Bioinformatics analyses of the sequence of HopAG1, another effector of P. syringae, revealed three putative catalytic domains: ADP-ribosyltransferase (ART), kinase, and nucleoside diphosphate-linked to some moiety-X (Nudix) hydrolase. The presence of putative ART and Nudix domains appears to be especially intriguing because they were reported to have opposing activities. To characterize effector properties, we split the HopAG1 encoding sequence from P. syringae pv syringae B728a into three segments that corresponded to the respective domains and expressed them in plant and bacterial systems. The single domains exhibited defined subcellular localization in Nicotiana benthamiana epidermal cells, whereas intact HopAG1 was observed in the cytoplasm, chloroplasts, and the nucleus, suggesting that different biochemical activities of HopAG1 are exhibited in particular compartments of the cell. Further studies will focus on the identification of host targets that are specific for these cellular compartments.

Bioinformatics analyses showed that HopBF1, an effector that is secreted by various strains of P. syringae, is a founding member of a novel kinase family. The transient expression of wildtype HopBF1 evoked massive tissue collapse in all plant species tested. In contrast, leaves that expressed HopBF1_D154A or HopBF1_D169A (i.e., variants that were mutated in the predicted catalytic center) did not exhibit any symptoms. Similarly, wildtype HopBF1 but not the kinase dead mutants induced a growth defect in yeast, suggesting that a virulence target of the effector may be evolutionarily conserved. Consistent with this model, we found that HopBF1 co-purified with plant Hsp90 protein and its yeast orthologs. Mass spectrometry revealed that S100, a highly conserved serine residue of Hsp90, was specifically phosphorylated by HopBF1 in planta. A mutation of this serine eliminated the ATPase activity of HSP90.

The chaperone preferentially facilitates the folding of signal transduction components, including protein kinases. It recognizes many client kinases via hydrophobic residues within the αC-β4 loop region of the kinase domain. We found that V88D, a single mutation in the respective region of HopBF1, dramatically abolished its activity and prevented the binding of HSP90. Based on these findings, we propose that HopBF1 mimics the HSP90 client to undergo maturation and then inactivate HSP90 via phosphorylation. We further showed that HopBF1 interfered with the function of plant and metazoan immunity receptors. We are currently focusing on another facet of HopBF1 virulence that is possibly another consequence of HSP90 inactivation.

We strongly believe that the detailed functional characterization of effectors will contribute to our understanding of bacterial pathogenicity, which is a necessary step toward developing disease control strategies.