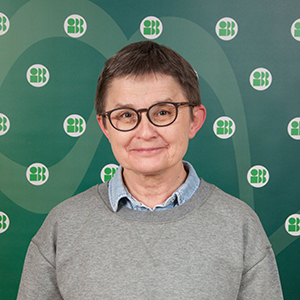 Our laboratory investigates the response of plants to environmental stresses, especially drought, salinity, and extreme temperatures. Our studies focus on annexins and protein kinases that are involved in stress signal transduction pathways. We seek to elucidate the role of these proteins and mechanisms of the regulation of their activity.

The main scientific topic of our laboratory is the plant response to environmental stress. Our interest focuses on annexins and protein kinases that are involved in the stress response, mainly the plant-specific SNF1-related kinases type 2 (SnRK2s) and calcium-dependent protein kinases (CDPKs).

SnRK2s are considered key signaling elements that are involved in plant development and responses to harsh environmental conditions, primarily osmotic stress that is triggered by drought and salinity. Based on phylogenetic analysis, SnRK2s have been classified into three groups. This classification correlates closely with their sensitivity to abscisic acid (ABA). Group 1 consists of SnRK2s that are not activated by ABA. Group 2 consists of kinases that are not or only weakly activated by ABA. Group 3 consists of kinases that are strongly activated by the phytohormone. Numerous data show an important role of ABA-activated SnRK2s in plant acclimation to environmental stress. They are involved in regulation of the expression of various stress-response genes and the activity of several proteins that are engaged in plant tolerance to harmful conditions. The activity of SnRK2s is rigorously controlled in plant cells. The mechanism of the regulation of ABA-activated SnRK2s has been extensively studied. Autophosphorylation or phosphorylation by Raf1-like kinases activates these kinases, whereas clade A phosphoprotein phosphatases 2C (PP2Cs) are their major negative regulators. Significantly less is known about the role and mechanisms of regulation of kinases that belong to group 1 of the SnRK2 family. Therefore, the main scientific interest of our group focuses on ABA-nonactivated SnRK2s. In our research, we use the model plant Arabidopsis thaliana. We found that clade A PP2Cs (ABI1, PP2CA) and okadaic acid-sensitive phosphatases of the PPP family dephosphorylate and inhibit some group 1 SnRK2s. Moreover, we identified a novel negative regulator of SnRK2s that appears to be a plant-specific calcium-binding protein. Our studies of the role of ABA-nonactivated SnRK2s revealed that Arabidopsis SnRK2.4 and SnRK2.10 are involved in regulating plant responses to cadmium and salinity stress through the regulation of reactive oxygen species homeostasis. Our recent results indicate that SnRK2.10 confers plant resistance to salinity by protecting photosynthetic machinery. Using an integrated approach, by combining phosphoproteomic, biochemical, molecular biology, and plant physiology tools, we identified several potential targets of ABA-nonactivated SnRK2s (e.g., dehydrins [ERD10 and ERD14] and RNA- and DNA-binding proteins). We showed that the phosphorylation of ERD14 by SnRK2s impacts its subcellular localization. We are currently studying the phosphorylation of selected RNA- and DNA-binding proteins that are potential SnRK2 targets to establish the role of group 1 SnRK2s in the plant response to different stresses (i.e., salinity, drought, and extreme temperatures) and leaf senescence. In this part, our research focuses on the involvement of SnRK2s in the regulation of gene expression at the transcriptional and posttranscriptional levels.

This part of our research focuses on the interplay between light perception via photoreceptors and the response to stress factors that evoke osmotic stress. We have been studying the involvement of light and photoreceptors in the plant response to osmotic stress and vice versa and the influence of osmotic stress (and protein kinases that are activated in the response to osmotic stress) on light signaling. We found that light-induced chloroplast movements are inhibited by salt stress, and we are studying the role of SnRK2 in this process. We also study novel roles of PLASTID MOVEMENT IMPAIRED 1 (PMI1), a protein that was initially identified as a regulator of light responses. Our research suggests that PMI1 may play a role in SnRK2-mediated responses.

Three model plants have been chosen for studies of the role of CDPKs in the stress response: Zea mays, Arabidopsis thaliana, and Solanum tuberosum. Our studies have shown that the maize CDPK ZmCPK11 participates in local and systemic responses to wounds and salinity. Under stress conditions, this kinase regulates the expression of several stress-responsive genes. The activation of ZmCPK11 in wound signaling is mediated by phosphatidic acid that is produced by phospholipase D. Moreover, wound-induced ZmCPK11 transcript levels are regulated by DNA demethylation. ZmCPK11 improves salt tolerance in Arabidopsis by preventing damage to photosystem II and regulating sodium and potassium homeostasis.

Our bioinformatics studies showed the presence of 23 genes that encode CDPKs in the Solanum tuberosum genome. Based on phylogenetic analysis, CDPKs have been divided into four subfamilies. Our studies showed that the identified CDPK genes were expressed in all plant organs but with different expression patterns. The expression of some of them was enhanced in response to abiotic stress (e.g., injury, drought, and salinity) or Phytophthora infestans infection. Our current research on CDPKs focuses on establishing the role of selected potato CDPKs and homologues of ZmCPK11 in Arabidopsis, CPK4 and CPK11, in the plant response to environmental stress, especially P. infestans.

Annexins are the superfamily of calcium and phospholipid binding proteins that are present in nearly all eukaryotes. In plants, their physiological role is still vague. Using comparative transcriptomic profiling we found that in Arabidopsis, annexin 1 is involved in the interplay between light and jasmonate signaling.