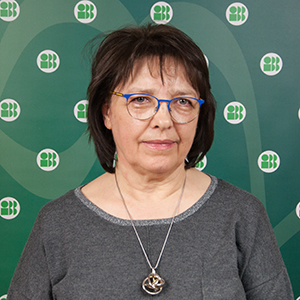 Our laboratory focuses on the role of protein degradation in the plant response to abiotic stress. We seek to dissect the complex network that is responsible for the selectivity of cellular degradation processes under different stress conditions.

Sulfur is an essential macronutrient for all organisms. The knowledge of plant sulfur metabolism and responses to its deficiency expanded significantly during recent decades. Our group contributed to this knowledge using tobacco and then Arabidopsis as a model. For several years, an important aim of our research was the characterization of regulatory mechanisms that are involved in plant adaptation to sulfur deficiency stress [1-3]. Interestingly, numerous data from our laboratory and other laboratories revealed that two major systems that are involved in cellular protein degradation (autophagy and proteasome) control the plant response to nutrient deficiency. This observation prompted us to focus on various aspects of ubiquitination, proteasomal degradation, and autophagy.

Our recently published and unpublished results revealed that the selective degradation of strategic cellular targets by plant autophagy machinery is used to reprogram metabolism during nutrient deficiency. We searched for protein partners of NBR1 under normal and sulfur-deficiency conditions. We identified numerous novel candidates as NBR1 targets that play a potential strategic role in plant metabolism. For example, the interaction between NBR1 and ribosomal protein S6 (RPS6) and S6 kinase (S6K) might suggest the involvement of NBR1-mediated selective autophagy in the control of ribosome composition or activity, depending on growth conditions [6]. Moreover, the identification of ABA-responding transcription factors as novel partners of NBR1 prompted us to examine the involvement of NBR1 in the modulation of ABA signaling [7] and possibly hormonal crosstalk. To further investigate the function of NBR1, we constructed several unique plant lines with either deletion or overexpression of the NBR1 gene.

The LSU family, consisting of four members in Arabidopsis, attracted our attention several years ago [8]. LSU proteins interact with NBR1, and LSU genes are induced by sulfur deficiency in tobacco and Arabidopsis [9,10]. Additionally, LSU1 belongs to a cluster of six Arabidopsis genes that are co-regulated by an unclear mechanism that involves a small metabolite, O-acetyloserine. LSU proteins are engaged in multiple protein-protein interactions, but their function is unknown. We identified novel partners, built and analyzed an interaction network, and proposed that LSU proteins are involved in the stabilization of their partners and possibly also in the facilitation of their cellular transport [10].  This hypothesis remains to be verified.

The process of NBR1-mediated selective autophagy in plants and its significance in the abiotic stress response have not been sufficiently addressed to date. We want to further explore several of our preliminary findings, such as the involvement of NBR1 in coordinating hormone signaling, the feedback modulation of autophagy flux, and the adjustment of ribosome activity to growth conditions. Our aim is to obtain insights into these issues at the molecular level. Other interesting issues that require further clarification are the mechanisms of target recognition by NBR1. Proteins that are targeted by NBR1 can be divided into two categories: (i) requiring the ubiquitin-associated (UBA) domain of NBR1 for interactions and (ii) interacting in a UBA-independent way. Partners in the first category are likely “conventional” degradation cargo that is recognized via a ubiquitin tag. Partners in the second category might be “non-conventional” degradation targets, or they can serve as regulators of NBR1 activity.

We use various molecular biology and biochemistry techniques and immunoprecipitation techniques and transcriptome analysis. We successfully used CRISPR/Cas9 technology to create numerous novel deletion mutants in Arabidopsis thaliana. In collaboration with other colleagues from IBB, we often apply more complex biophysical methods and bioinformatic approaches for data acquisition and analysis. We use different bacterial, yeast, and plant (transgenic plants, plant viruses) systems to produce recombinant proteins.