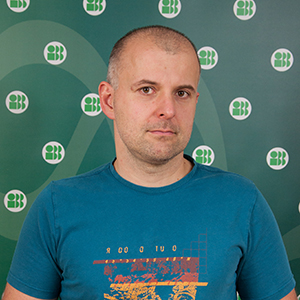 Seed dormancy reflects the ability of plants not to germinate despite favorable conditions. Seed dormancy is a fascinating seed property that underlies seed-plant ecological success and forms the overall basis of agriculture. Much is known about seed dormancy physiology and genetics. Our laboratory focuses on molecular mechanisms, with a focus on a conserved key regulator of seed dormancy, the DOG1 gene.

The capacity to ignore short spells of favorable conditions forms the basis of a fascinating seed phenomenon: seed dormancy. Studies in the model plant Arabidopsis thaliana have shown that a key regulator of this process in nature is the Delay of Germination 1 (DOG1) gene. Our laboratory focuses on this gene. Over the years, we have described several interesting mechanisms that operate in this gene.

We found that alternative polyadenylation results in the production of two DOG1 transcripts: a shorter two-exon short gene (shDOG1) and a longer three-exon long gene (lgDOG1). Our work showed that the shDOG1 transcript is evolutionary conserved at the level of amino acids, translated, and sufficient to complement the dog1 mutant.

Transcription generates an extensive array of non-coding RNA (ncRNA), the functional significance of which is mostly unknown. Studies in yeast, humans, Drosophila, bacteria, and plants have shown that the majority of nucleotides in these genomes are transcribed, generating a mixture of long and short RNAs, most of which are non-coding. This non-coding transcription changes in a complex manner during development and in response to environmental signals. One specific class of ncRNA is antisense transcripts. We recently characterized an antisense transcript that originates close to the DOG1 proximal (main) termination site that strongly inhibits dormancy strength and DOG1 expression. We further showed that this transcript can only act when transcribed from the same DNA copy because it is unable to silence DOG1 that is transcribed from a second allele in the same cell.

We also showed that DOG1 antisense in mature plants acts as a sensor for the plant hormone ABA, allowing the mature plant to upregulate DOG1 expression in response to drought. This allowed us to characterize DOG1 function outside the seed in conferring an increase in drought tolerance.

We use a wide range of molecular biology methods that we adapted for use in seeds, including chromatin immunoprecipitation, RNA sequencing, targeted NetSEQ, smFISH, clustered regularly interspaced short palindromic repeats (CRISPR), dCAS9, HiC, and 3C. We also have a dedicated NightShade luciferase imaging system (Berthold) and a Boxeed seed sowing/phenotyping robot (LabDeers).