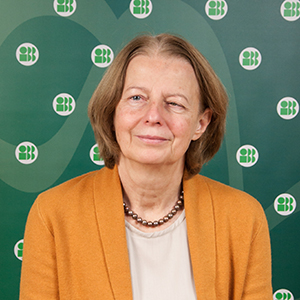 Our laboratory is interested in the regulation of tRNA transcription by RNA polymerase III and its auxiliary factors. We aim to characterize molecular mechanisms that control RNA polymerase III biogenesis and activity using yeast as a model eukaryotic organism.

In all eukaryotes, the transcription of nuclear DNA is performed by three different RNA polymerases (Pols): Pol I, Pol II, and Pol III. Our scientific interest is RNA Pol III, which specializes in the high level synthesis of small protein-noncoding RNA, mostly 5S rRNA and tRNA.

The 17-subunit Pol III complex is assembled at least partially in the cytoplasm and then imported to the nucleus with a help of auxiliary factors.

In-depth analyses of the yeast Pol III transcription system have revealed a cascade of protein-DNA and protein‑protein interactions that lead to the recruitment of Pol III to its target tRNA genes, including binding of the six-subunit general TFIIIC factor to the intragenic promoter, TFIIIC-directed recruitment and assembly of the three-subunit general factor TFIIIB, and subsequent recruitment of the Pol III enzyme. Among other RNA polymerases, Pol III machinery represents unique features that are related to a short transcript length and high transcription efficiency.

Pol III is under the control of a global and general negative regulator, Maf1 protein, which was initially discovered in our laboratory. Maf1 is essential for repressing Pol III transcription in yeast and mediates both the RAS and TOR signaling pathways. Maf1 inhibits tRNA transcription via a mechanism that depends on its phosphorylation status. Under repressive conditions, dephosphorylated Maf1 binds to Pol III and impairs the recruitment of Pol III to a complex of promoter DNA with the initiation factor TFIIIB (2). Maf1 is also a target of casein kinase II (CK2). Upon the transfer of Saccharomyces cerevisiae from repressive to favorable growth conditions, CK2 activity is required for the release of Maf1 from Pol III that is bound to a tRNA gene and for the subsequent activation of tRNA transcription. In a yeast strain that lacked Maf1, CK2 inhibition exerted no effect on tRNA synthesis, confirming that CK2 activates Pol III via Maf1Additionally, CK2 was found to associate with tRNA genes, and this association was enhanced in the absence of Maf1, especially under repressive conditions.

Another interesting protein that is involved in Pol III control is Rbs1, characterized in our laboratory as an assembly/import factor for the Pol III complex. We selected the Rbs1-encoding gene as a multicopy suppressor of the rpc128-1007 mutation, which has severe consequences on assembly of the active Pol III complex and hence tRNA transcription activity and growth. Rbs1 was found to overcome these defects and physically interact with a subset of Pol III subunits: AC19, AC40, and ABC27/Rpb5. Additionally, Rbs1 interacts with the Crm1 exportin and shuttles between the cytoplasm and nucleus. We recently found that Rbs1 is a poly(A)mRNA-binding protein that interacts with their 3’ regulatory sequences. Importantly, Rbs1 binds directly to the 3’ untranslated region of mRNA that encodes Rpb10, a small subunit that is common to RNA polymerases and modulates Rpb10 expression. According to the current model, Rbs1, by interacting with mRNA, brings together Rpb10, Rpc19, and other subunits of the Pol III complex during the translation process. This emerging picture suggests a role for Rbs1 in co-translational assembly of the polymerase complex.

We characterized overall Pol III transcription in yeast by accurately mapping the location of Pol III along all nascent transcripts under permissive and restrictive growth conditions. This revealed strikingly uneven polymerase distributions across transcription units, generally with a predominant 5′ peak. This peak was higher for more heavily transcribed genes, suggesting that initiation site clearance is rate-limiting during Pol III transcription. The downregulation of Pol III transcription under stress conditions was found to be uneven. A subset of tRNA genes exhibited a low response to nutrient shift and loss of the major transcription regulator Maf1, suggesting potential “housekeeping” roles. Many tRNA genes were found to generate long, 3′-extended forms because of the read-through of canonical poly(U) terminators. The degree of read-through was anti-correlated with the density of U-residues in the nascent tRNA, and multiple functional terminators can be located far downstream. Steady-state levels of 3′-extended pre-tRNA transcripts were low, apparently because of targeting by nuclear surveillance machinery.

We recently investigated the function of the Pol III initiation factor TFIIIC in the activation and repression of tRNA gene transcription. We reported the interplay between TFIIIC and Maf1 in controlling Pol III activity upon the physiological switch of yeast from fermentation to respiration. TFIIIC directly competes with Pol III for chromatin occupancy, demonstrated by inversely correlated tDNA binding. The association between TFIIIC and tDNA was stronger under unfavorable respiratory conditions and in the presence of Maf1. The induction of tDNA transcription by glucose-activated protein kinase A (PKA) correlated with the downregulation of TFIIIC occupancy on tDNA. The conditions that activated the PKA signaling pathway promoted binding of the TFIIIB subunits Brf1 and Bdp1 with tDNA but decreased their interaction with TFIIIC. The association between Brf1/Bdp1 and TFIIIC was much stronger under repressive conditions, potentially restricting TFIIIB recruitment to tDNA and preventing Pol III recruitment. Altogether, we propose a model in which, depending on growth conditions, TFIIIC promotes the activation or repression of tDNA transcription.

Finally, we reported degradation of the largest Pol III catalytic subunit, C160, as a consequence of Pol III transcription repression. We also detected ubiquitylated forms of C160 and demonstrated that C160 protein degradation depends on proteasome activity. A comparable time-course study of Pol III repression upon a metabolic shift from fermentation to respiration showed that transcription inhibition correlated with Pol III dissociation from chromatin but that degradation of the C160 subunit was a downstream event. Despite blockade of the degradation of C160 by the proteasome, Pol III-transcribed genes were under proper regulation. We postulate that the degradation of C160 is activated under stress conditions to reduce the amount of the existing Pol III complex and prevent its de novo assembly.

Our laboratory has long-term experience with yeast, which we use as a model system to study basic mechanism of gene regulation. We use mainly genetic methods and classic molecular biology techniques. Protein interactions with chromatin are determined by immunoprecipitation (ChIP) followed by real-time polymerase chain reaction (RT-PCR). RNA levels are determined by non-radioactive Northern hybridization or RT-PCR. Protein-protein interactions are determined by co-immunoprecipitation (co-IP), followed by Western blot. A phos-tag approach has been used to detect phosphorylated forms of proteins.