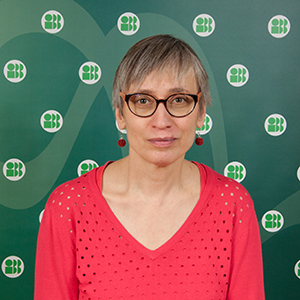 The maintenance of genome stability is an essential task that ensures proper cell function. Under stressful conditions, it becomes crucial for survival. Our research uses budding yeast as an experimental model. We seek to reveal novel genome stability mechanisms and the mechanisms of action of various therapeutic compounds and model human diseases at the cellular and molecular levels.

The maintenance of genome stability is a complex but essential task. In humans, this process prevents aging, cancer, and neuronal or congenital disorders. Under stressful conditions, possessing efficient genome maintenance mechanisms ensures the proper function of cellular mechanisms and survival. The same is true for all living cells, including unicellular organisms. Thus, we are taking advantage of the yeast Saccharomyces cerevisiae as a tool in our research.

Integrity of the genome is constantly challenged with exogenous or endogenous traits. Endogenous stress can result from cellular metabolism byproducts, such as reactive oxygen species, that are generated by dysfunctional mitochondria, and it can also result from the dysfunction of molecular mechanisms that are responsible for stress recognition, protection mechanisms, checkpoint activation, damage repair, and replication. However, there are many other potential sources of endogenous stress, and many other mechanisms may contribute to genome stability maintenance, in addition to those that are already known. We expected the existence of genome maintenance mechanisms that are specialized for the cellular ploidy. We employed functional genomics methods to investigate the causes of the genome instability of S. cerevisiae diploid cells. The use of a collection of yeast knockout mutants and Agilent platform-based microarray technology allowed us to provide evidence of the involvement of vesicular transport in the maintenance of genome stability. We proved that the role of vesicular transport is not limited to the control of uptake and detoxification of genotoxic compounds. Vesicular transport also influences many pathways that ensure genome maintenance. These include the transduction of signals of DNA damage, the activation of cellular defense mechanisms, regulation of the efficiency of DNA damage repair, and exit from cell cycle arrest.

Our studies allowed us to show that cells of different ploidy react differently to environmental stress and recruit dissimilar cellular mechanisms to prevent damage that is caused by this stress. Additionally, we showed that the particular stress that is encountered may result in the appearance of point mutations and lead to aneuploidy or even polyploidy. Deletion of the SWI6 gene, which encodes a transcription cofactor, is involved in the phenomenon described above. We showed that the cause of the instability of swi6Δ mutants is replication block that leads to double-strand break formation. Our data indicated that Rad51-dependent illegitimate recombination is a cellular pathway that enables the repair of replication-borne double-strand breaks. Using such a repair pathway helps the swi6Δ cell to resume replication. However, genome rearrangements that are generated during repair become a problem during the next cell division, which again leads to poor growth and an increase in mortality (Krol et al. 2018). Our further investigations revealed that genomic instability that is caused by DNA rearrangements or ploidy shift is a hallmark of various genetic defects, among them mutations of genes that encode proteins that are involved in replication (including initiation and elongation steps), cohesion, mitochondrial function (ion homeostasis, enzymatic reactions, or transport), or the aforementioned vesicular trafficking (Alabrudzinska et al. 2011; Krol et al. 2015; Kaniak & Skoneczna 2015; Jedrychowska et al. 2019).

Genome-wide studies of zeocin and endonuclease susceptible/resistant strains gave us new information about toxicity and response mechanisms of “clean” and “dirty” ended DNA double-strand breaks. They also provided information about the mechanisms that lead to resistance to radiomimetic agents (Krol et al. 2015). Studies that are dedicated to molecular mechanisms that prevent the instability of repetitive regions in DNA (rDNA repeats) generated interesting results, based on the chromosome Comet assay (Lewinska et al. 2014) and the mass spectrometry of agarose squeezed proteins (ASPIC-MS; developed in our laboratory) to detect nucleolar DNA-bound proteins. The results of this study led us to conclude that defects in genes that encode proteins that are responsible for the maintenance of this highly mutagenic genomic region cause various atypical and toxic chromosomal structures that are characteristic of certain deficiency. We also reported a new player in the genome stability field, Las17. ASPIC-MS analysis identified Las17 as a nucleolar protein. Further investigation showed that the actin assembly factor Las17 is engaged in nucleolar function, namely nucleolar division, and ensuring nucleolar integrity. Because Las17 is a homolog of the human WASP gene, mutations of which cause the human immunodeficiency Wiskott-Aldrich syndrome, this finding might aid in elucidating the etiology of this disease (Krol et al. 2018).

Genome integrity determines many aspects of cell life. One of them is longevity. Because yeast cells are commonly used in aging research, research on yeast cells can provide highly reliable results that are valid for other eukaryotic cells. We investigated whether and the extent to which the replicative lifespan depends on certain defects in genome stability mechanisms (Zadrag-Tecza & Skoneczna 2016). We also investigated whether cellular ploidy determines the cellular lifespan. We showed that cell size has a strong impact on reproductive potential and the total lifespan of this cell. Moreover, we demonstrated that the maximal cell size value, which limits its reproduction capacity, can be regulated by different factors and depends on strain ploidy and that genomic instability is aggravated by increasing ploidy (Zadrag-Tecza et al. 2018). Thus, our results contribute to understanding the mechanism of aging.

Genetic characteristics of industrial strains of brewing, winery, and distillery yeast showed their genomic diversity and importance of the stress response and genome stability mechanisms during adaptation to stressful fermentation conditions (Adamczyk et al. 2016a, b; Deregowska et al. 2015a, b).