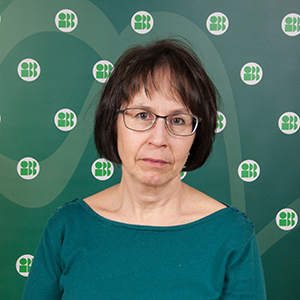 Our laboratory is interested in understanding regulation of the conjugative transfer system in IncM plasmids, one of the major plasmid families that are responsible for the dissemination of chemotherapeutic resistance genes in bacterial populations. The long-term goal of our studies is to inhibit plasmid conjugative transfer. We also seek to define virulence factors of Streptococcus anginosus, a bacterium with underestimated pathogenic capacity.

Bacterial plasmids constitute an important part of the horizontal gene pool. The ability of a plasmid to spread by conjugative transfer greatly enhances its impact on the genetic plasticity, metabolic potential, and environmental adaptability of bacteria. Conjugative transfer is a prevalent phenomenon among bacteria. Understanding the organization and regulation of conjugative transfer genes is an initial step to design intervention strategies that can prevent plasmid spread. In the process of conjugation, DNA (e.g., a conjugative plasmid or an integrative conjugative element) is transferred from a donor to a recipient cell after physical contact between these cells is established. Plasmid conjugation systems comprise type IV secretion systems (T4SSs; also known as mating pair formation) coupled by a dedicated coupling protein to a DNA processing and replication system, also called the relaxosome complex, which recognizes and cuts oriT, a specific DNA sequence where the transfer begins. The T4SSs of Gram-negative bacteria are classified into two large phylogenetic groups: IVA and IVB. The Agrobacterium tumefaciens T-DNA VirB/D4 secretion system and conjugation systems of IncF and IncP plasmids are classified as type IVA (T4ASS), whereas type IVB (T4BSS) is represented by secretion systems that are found in Legionella pneumophila (Dot/Icm). The majority of Dot/Icm proteins share homology with elements of the conjugation system of IncI1 plasmid R64. Despite an increasing amount of information on T4BSS organization and regulation, they are still less thoroughly characterized than T4ASSs.

Conjugative plasmids that carry virulence or antimicrobial resistance genes are a source of serious clinical and epidemiological problems. Among genes that are often located in such plasmids are those that encode extended-spectrum β-lactamases (ESBLs), which in large part are responsible for resistance to newer β-lactams of the Enterobacteriaceae family, which were thus classified by the World Health Organization as critical priority pathogens. The epidemiology of ESBLs was dominated in the 1990s by the extremely rapid and worldwide spread of organisms that produce enzymes of the CTX-M family, both in nosocomial and community environments. In Poland, the first gene of the blaCTX-M type, blaCTX-M-3, was identified in 1996 in clinical isolates of Citrobacter freundii and Escherichia coli in Warsaw. It was associated with a 90-kb plasmid, named pCTX-M3, that could be easily conjugatively transferred to E. coli and that conferred resistance to penicillins, cephalosporins, aztreonam, and aminoglycosides. Later, the rapid spread of blaCTX-M-3 among eight Enterobacteriaceae species was observed not only in the same medical center but also all over the country, and it has been mainly attributed to the horizontal transmission of plasmids.

Only a few major plasmid groups are responsible worldwide for antibiotic resistance gene dissemination in Enterobacteriaceae. One of them is an IncL/M group, differentiated into IncL and IncM, to which pCTX-M3 belongs. IncL/M plasmids are vectors of blaCTX-M-3: blaNDM-1 (encoding a metallo-β-lactamase), blaOXA-48 (encoding a carbapenem-hydrolyzing enzyme), blaKPC-4 (encoding the Klebsiella pneumoniae carbapenemase), blaIMP-4 (encoding imipenemase), and the aminoglycoside resistance gene armA.
We sequenced pCTX-M3 and analyzed its conjugative transfer system. This system is encoded by tra and trb regions and classified into the IVB subgroup, as are IncI1 plasmid conjugation systems. pCTX-M3 can be transferred by ca. 10% of an E. coli donor cell population under optimal conditions, and those bacteria can also conjugate in liquid culture. However, in contrast to IncI1 plasmids, which require type IV pili for conjugation in liquid media, pCTX-M3 does not encode additional pili. Although the majority of conjugation genes of IncM and IncI1 plasmids have similar encoded proteins and conserved gene synteny, they have several differences. By analyzing the pCTX-M3 conjugation system, we performed a deletion analysis of 27 genes within transfer regions and found that in contrast to the R64 of IncI1, all tra and trb genes were necessary for pCTX-M3 conjugative transfer. This suggested differences in the organization and function of T4BSS complexes that are encoded by these two plasmids. Notably, the deletion of either of the two genes that are dispensable for conjugative transfer (orf35 and orf36) resulted in an increase in plasmid mobilization efficiency. Transcriptional analysis of the orf35 and orf36 deletion mutants suggested that we found genes that are involved in regulating the expression of conjugative transfer genes. Research on regulators of the pCTX-M3 transfer region will be continued.
We also revised the host range of the pCTX-M3 replicon by finding that it is unable to support replication in A. tumefaciens, Ralstonia eutropha, and Pseudomonas putida. Thus, the host range is limited to Enterobacteriaceae. However, its conjugation system is able to introduce plasmids that bear oriTpCTX-M3 not only into these bacteria, which are representative of Alpha-, Beta-, and Gammaproteobacteria, respectively, but even into Bacillus subtilis and Lactococcus lactis, which is representative of Firmicutes. Thus, the conjugative transfer system of pCTX-M3 has a much broader host range than its replicon.

DNA transfer tools that are constructed on the basis of conjugative plasmids enable gene manipulation even in strains of clinical or environmental origin, which are often difficult to work with. Therefore, using pCTX-M3 transfer genes, we constructed a helper plasmid that mediates the mobilization of oriTpCTX-M3-bearing plasmids, with an efficiency up to 1,000-fold higher than efficiency that is achieved with native pCTX-M3. We also constructed E. coli donor strains with chromosome-integrated conjugative transfer genes: devoid of one putative regulator (orf35) or two putative regulators (orf35 and orf36) of pCTX-M3 tra genes. These strains are, respectively, up to 100 and 1,000 times more efficient in mobilization than pCTX-M3. The constructed E. coli strains carried no antibiotic resistance genes that are present in pCTX-M3 to facilitate manipulations with antibiotic-resistant recipient strains, such as those of clinical origin. To demonstrate possible application of the constructed tool, we designed an antibacterial conjugation-based system.

The other line of our research concerns analyses of the virulence of Streptococcus anginosus in collaboration with Prof. Izabela Sitkiewicz of the National Institute of Medicine and Dr. Hab. Joanna Kozieł from the Microbiology Department of Jagiellonian University. S. anginosus, together with Streptococcus intermedius and Streptococcus constellatus, constitutes the Streptococcus anginosus group (SAG), which has long been considered to be commensals that inhabit mucosal membranes of the human body. However, in recent years, much data appear to indicate links between SAG members and health problems in humans, including abscess formation and pulmonary infections, especially in immunocompromised patients. S. constellatus has been related mostly to pulmonary infections, and S. intermedius has been related mostly to brain and liver abscesses. S. anginosus has been associated with brain, liver, spleen, dental, and other abscesses and pulmonary infections in patients with cystic fibrosis, vaginal infections, and empyema. We have started constructing deletion mutants of the invasive S. anginosus strain isolated from blood. The mutants will be verified for their virulence capacities, first in simple plate tests, then in tissue cultures, and finally in mice.

We use a broad range of molecular biology methods.