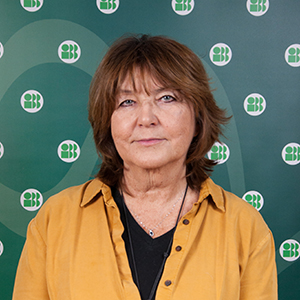 Laboratory of DNA Segregation and Life Cycle of Proteobacteria

Our laboratory is interested in mechanisms of DNA segregation, control of the cell cycle, the regulation of gene expression, and the virulence of Pseudomonas pathogens. The role of partition proteins in chromosome topology and the modulation of transcriptome is studied. Deciphering the biological function of the Nudix hydrolases is supervised by dr. hab. Elżbieta Kraszewska who has recently joined our group. Our long-term goal is to identify potential targets that, when inactivated, limit the survival of these pathogens.

We are mainly interested in the mechanisms of DNA segregation in bacterial cells. Bacteria have multipartite genomes that are built of single or multiple chromosomes and various plasmids. To obtain a more complete picture of DNA segregation between progeny cells, we study two different aspects: active partitioning systems of broad-host-range (BHR), low-copy-number plasmids and the chromosome segregation of Pseudomonas aeruginosa, an important human opportunistic pathogen. We first studied RK2 and R751 plasmids of the IncP group as the plasmid models and then initiated an analysis of a BHR, conjugative RA3 plasmid, an archetype of the IncU group, which is an environmentally important vehicle that drives horizontal-gene transfer (HGT). We sequenced the RA3 plasmid genome (49.5 kb) and analyzed in detail its replication, stable maintenance, and conjugative functions and its regulatory network and adaptability to various hosts. The comparative analysis helped us understand the mechanisms that plasmids use to accomplish their state-of-art adaptation to phylogenetically distant hosts. Knowledge of the mechanisms that are involved in the stable maintenance and spread of plasmids allowed us to construct convenient vectors, based on RA3 and RK2 replicons, that can be used for the cloning and shuffling of gene cassettes or studying plasmid stability functions in various bacterial strains.

Our second line of research focuses on P. aeruginosa with a single, circular chromosome and a simple cell cycle. P. aeruginosa represents the majority of bacterial species that encode an active partition system that is homologous to plasmidic Class IA systems, with two proteic components: ParA (a Walker-type adenosine triphosphatase) and ParB (a DNA binding protein) and parSs, centromere-like sequences. We dissected domain structures of ParA and ParB, constructed P. aeruginosa mutants that were deficient in par genes, and various combinations of parS sites and analyzed the consequences of these defects on cell biology. Transcriptome analysis demonstrated the alteration of expression of more than 600 and 1000 genes in the parA-deficient and parB-deficient strains, respectively, indicating the role of both Par proteins in global gene expression regulation. Chromatin immunoprecipitation-sequencing (ChIP-seq) analysis demonstrated ParB binding not only to the nine highly conserved, palindromic 16 nt parS sequences but also to 7 nt motifs (half-parS sites) that occurred in more than 1000 positions in the genome. The occupation of these sites depends on the availability of ParB (likely reflecting natural fluctuations during the cell cycle) and number of parSs, especially the four highest affinity binding sites adjacent to oriC. We demonstrated the ability of ParB to directly repress the expression of certain operons and postulated an indirect role for ParB in gene regulation through changes in genome topology (project underway), interactions with partners, and control over the synthesis of distinct transcriptional regulators. Various ParA and ParB partners that are involved in the cell cycle, cell division, metabolism, motility, antibiotic resistance, and virulence were identified by pull-down, co-immunoprecipitation, the construction of a P. aeruginosa genomic library in the BACTH vector, and its screening. In parallel, an extensive analysis of six previously uncharacterized transcriptional regulators whose expression was altered in parA and parB mutants was conducted. Their regulons have been established (RNA-seq, ChIP-seq), indicating their involvement in vital cellular processes, including the TCA cycle, glycerolipid and amino acid metabolism, and transport or osmoprotection functions. Further studies are planned to decipher the role of the interplay between ParA and ParB with partners and chosen transcriptional regulators and their targets in the biology of P. aeruginosa. The research hypothesis envisions the existence of a multilayered regulatory network in P. aeruginosa, in which ParA and ParB proteins may play superior roles in the coordination of chromosome segregation with the cell cycle process by directly or indirectly modulating functions of transcriptional regulators or other important players.

The genome sequence of the laboratory strain P. aeruginosa PAO1161 that is used in our research was established, providing the opportunity of comparative genomic studies and investigations of horizontal gene transfer. The strain was found to carry ICEPae1161, a functional PAPI-1 family integrative conjugative element and prophage, thus paving the way for future investigations of horizontal gene transfer that is mediated by these elements.

Our current research focuses on four aspects: (1) role of ParB in the organization of bacterial chromosome topology, (2) detailed characterization of ParA and ParB partners and identification of novel players that are involved in the segregation of DNA in bacterial cells and bacterial cell division, (3) role of ParB in the modulation of gene expression (i.e., physiology of bacterial cells), (4) role of various Nudix proteins in Pseudomonas virulence and metabolism. A long-term goal is to identify key proteins that may be potential targets for antibacterial therapy.