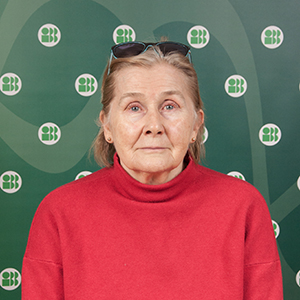 In Prokaryota, we characterize the AlkB-directed one-protein DNA repair system, especially the ability of AlkB to repair alkylating lesions, and its cooperation with other DNA repair systems. In Eukaryota, we have been investigating the role of AlkB homologs, including ALKBH1-8 and fat mass and obesity‐associated protein (FTO) proteins, in cancer development and the involvement of FTO in obesity and type 2 diabetes.

Within a decade, the family of 2-oxoglutarate and Fe2+-dependent AlkB dioxygenases was extensively studied as a one-protein DNA/RNA repair system in bacteria but also as a group of proteins that have much wider functions in eukaryotes. In E. coli, AlkB protein (EcAlkB) is induced within the Ada operon as a response to the mutagenic/cytotoxic action of alkylating agents. The protein oxidatively demethylates 1meA and 3meC in DNA-recovering natural A and C bases. Eukaryotes have several EcAlkB homologs (e.g., nine in humans and 13 in A. thaliana). The human homologs ALKBH1-8 and FTO participate in various biological functions, such as DNA repair, RNA metabolism, fatty acid metabolism, and histone demethylation, and they act as methyltransferases.

We discovered the antimutagenic activity of EcAlkB against alkylating agents (methyl metanesulphonate (MMS); chloroacetaldehyde, (CAA)). Using the argE3®Arg+ reversion system, we found that (i) mutagenic potency belonged not only to repaired by AlkB 3meC but also to 1meA modifications, (ii) in alkB – strains, MMS induced mainly suppressor mutations, (iii) mutations that arose in alkB-defective strains depended on SOS-induced error-prone, umuDC-encoded polymerase V, and the umuDC deletion dramatically reduced MMS-induced mutations, (iv) in an E. coli strain that was deficient in both BER and AlkB, MMS treatment led to “error catastrophe,” resulting in the appearance of AP sites, and (v) two global MMS-induced defense systems (Ada and SOS) also cooperated at the level of AlkB protein and transcription-coupled repair (TCR), a variant of the nuclear excision repair (NER) system. We also discovered the existence of an AlkB-independent mechanism that prevents alkylating agent-induced mutagenesis that involves the Fe-dependent dealkylation of modified dNTPs.

In contrast to E. coli strains, in which AlkB protein is expressed within the Ada response, we found constitutive AlkB expression in Pseudomonas putida. In Cyanobacteria, we found up to three AlkB homologs, each representing different substrate specificity. In the plant A. thaliana, based on a bioinformatics analysis, we observed 13 EcAlkB homologs with different cell localization and diverse reactions to MMS treatment.

Analyses of the global cell response to the genotoxic action of alkylating compounds in environmentally relevant bacteria, P. putida and Shewanella oneidensis, showed the involvement of various pathways, such as homologous recombination (RecFOR and RecBCD), Base Excision Repair (BER), Nucleotide Excision Repair (NER), mismatch repair, purine metabolism, the nucleotide catabolic process, the misfolded and incompletely synthesized protein catabolic process, siderophore transport, RNA degradation, sulfur and iron metabolism pathways, and the response to oxidative stress under anaerobic conditions in the case of S. oneidensis. Many genes of unknown function were involved in these processes. The bacteria responded differently, depending on the type of alkylating agent that was used.

In normal human tissues, the level of EcAlkB homologs (ALKBH1-8 and FTO) is low, but we have found that seven of nine homologs were overexpressed in head and neck cancer (HNSCC). Moreover, we proved that some of these homologs (ALKBH3 and FTO) increased tumor size. Furthermore, we successfully looked for ALKBH inhibitors among anthraquinone derivatives that might be used as supported anticancer therapy.

Among human ALKBH homologs, we have been especially interested in FTO protein and revealing its role in obesity and type 2 diabetes. We focused on the localization of FTO in pig tissue and found abundant protein expression in the cerebellum, salivary glands, and kidneys and its lack of expression in skeletal muscles and adipose tissue. We observed generally low FTO levels in some tissues but high expression in specific cells within this tissue, such as β cells in the pancreas. Importantly, we found the presence of FTO in the cytoplasm in vivo. The use of pigs of different ages, metabolic status, and diverse diets provided novel insights into the possible involvement of FTO protein numerous metabolic processes.

We are also interested in substances with possible anticancer properties. In cooperation with Prof. Hanna Krawczyk (Warsaw University of Technology), we studied newly synthetized stilbenes and oxepines. With Dr. Adam Mieczkowski (IBB), we studied pyrimidine azidonucleosides, dibenzodiazepines, and anthraquinones, finding a few compounds with anticancer properties among them.

Anticancer agents used in medical treatment have been found in freshwater ecosystems. We studied the impact of the chemotherapeutics cyclophosphamide (CP) and cisplatin (CDDP) on the proteome profile, life history, and population parameters of Daphnia. The survivorship and population growth rates were decreased by CDDP but not by CP. Both substrates decreased the number of eggs. Male Daphnia were less sensitive than females to the tested chemotherapeutics. The proteome profile revealed that the tested substances modified the expression of some proteins that are involved in Daphnia metabolism. Overall, in contaminating with chemotherapeutics environment Daphnia showed changed fitness that in consequence affects the functioning of aquatic food webs.