The polyadenosine tail (poly[A]-tail) is a universal modification of eukaryotic messenger RNAs (mRNAs) and non-coding RNAs (ncRNAs). In budding yeast, Pap1-synthesized mRNA poly(A) tails enhance export and translation, whereas Trf4/5-mediated polyadenylation of ncRNAs facilitates degradation by the exosome (a 3’ to 5’ exonuclease complexribonuclease). Using budding yeasts as a model organism and direct RNA sequencing as the main method of choice the work describes fundamental aspects of coding and non-coding RNA 3’end polyadenosine tail (polyA-tail) metabolism. The work shows that the newly produced by Pap1 mRNA pA-tail is 50-60 adenosine long, with the upper adenylation limit of 200 and that in the absence of a functional Pap1 enzyme the non-canonical polymerase Trf4, which normally targets non-coding RNAs, can compensate for its activity if the exosome (a 3’ to 5’ exonuclease complex) is impaired. Nuclear non-coding RNAs acquire pA-tail of 30-40 adenosine, in contrast to previous reports suggesting much lower processivity of the Trf4/5 enzymes. Surprisingly, the mRNA polyA tail can be shortened in the nucleus by the 3’-5-exosome complex. In the cytoplasm mRNA deadenylaiton is performed by two conserved complexes, Ccr4-NOT and PAN2/3, and the work shows that PAN2/3 targets mostly mRNAs of high abundance, while Ccr4-NOT is more efficiently recruited to transcripts of lower abundance. We The work also demonstrates that mRNA poly(A) tail length strongly responds to growth conditions, such as heat and nutrient deprivation.
Congratulations! 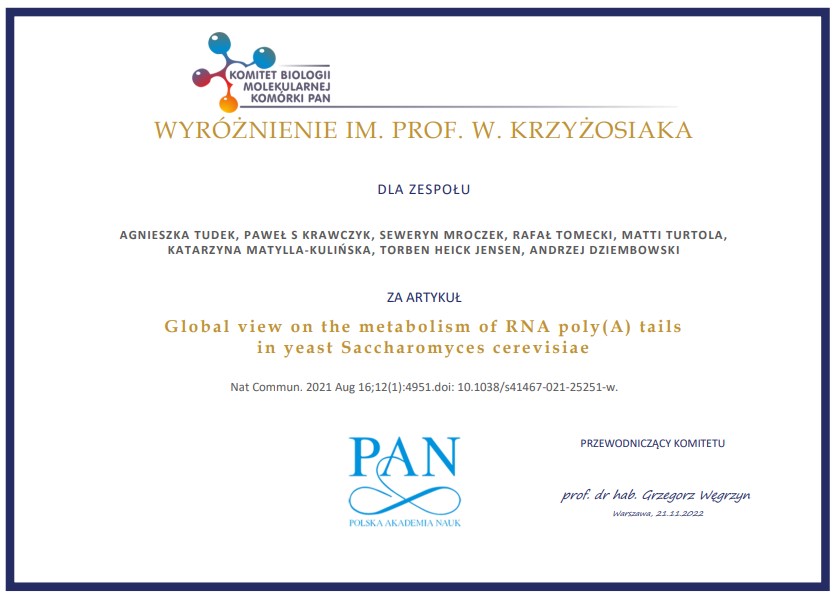 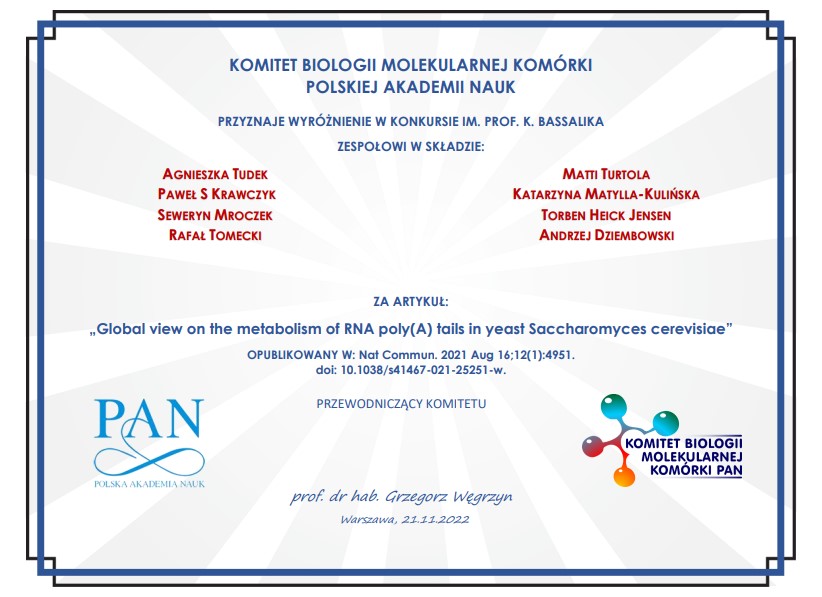